When I launched the Indiegogo campaign to replace my photography equipment that had been stolen I wanted to share my story and bring awareness to cab safety. I could never have expected what was about to happen.

Within 24 hours my campaign had surpassed its goal of $3500. I was overwhelmed with gratitude and humbled by the support from my community.

The next day, I received a phone call from Rosemary Westwood of Toronto Metro News. I told her everything that happened to me and my story was printed the following day. That very afternoon, Akrem Taxi came forward and committed itself to tracking down the driver of the cab who drove off with my luggage. It turns out that Akrem is not a taxi company. They provide credit card terminals to over 40 licenses cab drivers in Toronto. I gave Akrem all the information that I had from my credit card transaction with the cab driver.

A few days ago, I received a phone call from the toronto police dept saying that a cab driver from Diamond Taxi had dropped off my luggage at the police station. It appears that Akrem had in fact tracked down the driver. When I picked up the suitcase from the police department everything was just as I had left it. One imagines that the driver was sitting on the stolen goods, waiting for some time to pass before putting the items up for sale.

I’ve learned so much from this experience:

I am so lucky to be surrounded by an incredibly supportive and loving community. And don’t underestimate the power of social media.

After I retrieved my luggage, I approached Indiegogo to cancel the campaign. This cannot be done. However, if you’ve made a contribution to the campaign, I’d like to refund you the money. I will get in touch with everyone individually.

Some people have mentioned that they don’t want a refund. If this is the case, your contributions will go towards funding my first solo photography exhibit, tentatively set for May 2015. You will be formally invited to the opening of the exhibition and acknowledged in the gallery & brochure for your contribution to the exhibit (along with the incentives already guaranteed in this campaign).

Thanks to everyone for sharing my story and contributing to my campaign.

I couldn’t have done this without all of you.

Your support is priceless. 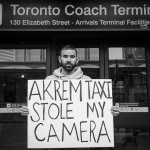 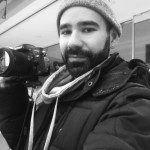