What It Means To Be Seen: Photography & Queer Visibility Photo Exhibit at Ryerson Image Centre

I’m honored to announce that my photos of Hotnuts will be included in  “What It Means To Be Seen: Photography & Queer Visibility”, a photo exhibit at the Ryerson Image Centre curated by Sophie Hackett, the photography curator at the Art Gallery of Ontario. Hotnuts is an amazing queer dance party in Toronto’s west end that was created by Mary Messhausen & Produzenti.

The ideas of visibility and greater acceptance have long been tied together for those in queer communities. So much so that it is plausible to suggest that one of the projects developing alongside the LGBT rights movement since the 1960s, though unofficial and organic, has been to produce a visual record. Greater visibility has often meant greater representation in mass media outlets and this visibility has undeniably increased over the last four decades — so too have LGBT rights.

Photographs have, of course, played a key role in this. But what has this photographic visibility consisted of? To celebrate World Pride 2014 Toronto, this exhibition takes a closer look at this rich photographic record, and the ways photographs have served to bring to light a sense of collective characteristics, experiences and ambitions for queer communities.

The exhibit is free and open till the public daily until August 24, 2014. 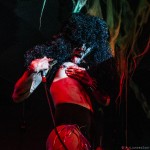 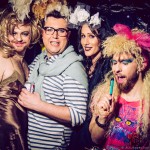 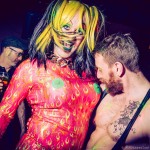 The past few months have been spent planning, shooting, editing & printing the portraits for the exhibit so I’m very excited to share my portraits. The opening reception is happening at the Gladstone Hotel (1214 Queen Street West). It will be on display until August 17th. Along with the exhibit  their will be a book available which features all of the portraits from the show.